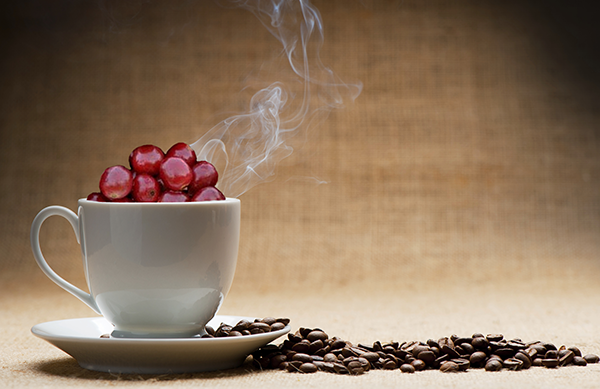 Come 2007, the key ingredient to look out for in your skincare product is Coffeeberry extract which is to become the unrivalled source of polyphenols with antioxidant benefits.

In case you do not know, polyhenols are one of the most wanted ingredients in the cosmetic industry today.  They are a group of chemical substances found in many plants and foods, and have been proven to contain high levels of antioxidants that are believed to prevent cellular damage in skin when applied externally and to boost the immune system when ingested.

Currently pomegranate and green tea are the two with high amounts of polyphenols and therefore the leading antioxidants in skincare.  Another example is polyphenols contained in grape seeds, and this explains why the Grape Seed Clarifying Crystals I’m using from butyshop is so popular, especially in Taiwan.

And now, Allure magazine reveals that Coffeeberry extract’s antioxidant content is five times higher than the most powerful pomegranate’s and three times greater than that of the highest-quality green tea.

Compared with a potent green tea, Coffeeberry extract was twice as capable of protecting the skin from UVA damage. It was also better at inhibiting UV-induced inflammation and enzymes associated with melanoma. In tests done at an independent lab, women, ages 35 to 60, with wrinkles, dry skin, and discoloration, applied the cream twice a day for three weeks. The texture and tone of the skin treated with Coffeeberry extract showed 46 percent improvement in fine lines and wrinkles, 64 percent in overall skin smoothness, and 79 percent in skin hydration.

In fact, Coffeeberry extract has been available only as a powder that could be incorporated into food products and dietary supplements.  However, Allure has said in a statement that a new face cream tentatively called Revale Skin containing the extract will be unveiled next year February at the annual meeting of the American Academy of Dermatology.

So beauty junkies out there, it’s Coffeeberry extract.  Repeat after me and learn it by heart.

For more information about coffeeberry extract, check out www.coffeeberry.org.