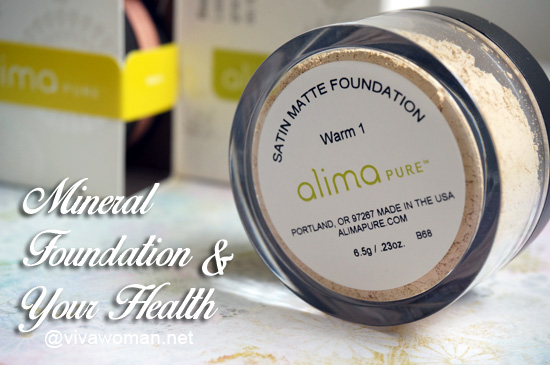 I was checking out Lavera Organic Skin Care and got distracted by the following information they’ve posted regarding mineral makeup on their website.

Recent UK studies advise of strong health risks when using Titanium Dioxide (TiO2) in nano particle form in powdered mineral makeup. These inhaled TiO2 nano particles coming in contact with living tissue have a similar effect as asbestos and can cause lung cancer.

However, TiO2 is safe when contained in cream form as it cannot then become airborne. This is typically the case in sun screens. In cream form, TiO2 stays on the upper layers of the skin and does not come in contact with living tissue.

I was rather surprised because I have always regarded mineral makeup to be safer as it uses crushed minerals and unlike most cosmetics, contains no talc, chemical additives, fragrance, fillers, preservatives, or dyes.  In addition, maybe I didn’t understand the second paragraph too well, but shouldn’t they be comparing with nano-based TiO2 in cream form because that’s been generally regarded as potentially risky?

I’ve written before about avoiding nano-based beauty products because nanotechnology involves manipulating properties of tiny particles, measuring one-billionth of a meter.  The concern is that these particles used in skincare products can penetrate our skin, travel into our bloodstream and wreak havoc to our system.   However, despite my initial concern, I am actually using a nano-based sunblock now because there is still very little factual evidence available about the harmful penetration of these nano-particles into our skin.

But my current concern is, do all powdered mineral makeup contain TiO2 nano particles and are they all unsafe?  And the answer, it seems, is dependent on the actual formulation.

The other two I’ve tested, Lumiere and Alima, also contain no micronized or nano particles.  In fact, a quick glance at the list indicates that many of the mineral makeup brands avoid micronized ingredients.

(Please note that micronized particles are generally referred to as nano particles in the industry.)

Besides the health concerns, the more important reason I found out from reading an article titled micronized minerals vs non-micronized minerals, is that mineral makeup which contain micronized or nano particles would not provide any notable coverage at all. They are so fine and light that they become airborne very easily.  And the smaller the particle, the more sheer and natural looking the application will be and that would be insufficient for women to obscure redness and fine lines.

Particle sizes 50 nanometers and larger
Second, for those who do use micronized or nano particles in their mineral makeup line, particle shape, size, density, and composition all figure into their hazard potential.

For example, Colorescience which uses nanotechnology in their mineral makeup line stated that they use particle sizes 50+ nanometers and particle sizes 50 nanometers and larger cannot be absorbed into the skin.  Additionally, all of the minerals in their products are coated with Organo Silicone and that waterproofs the particles, increases the particle size and protects the particles from being inhaled  and absorbed into the skin.  Finally, Colorescience stated that once different size minerals are blended together, a process called agglomeration occurs.

That means the larger and smaller molecules group together to become larger as a whole, sort of like a magnet. So the final particle size is much larger than even the 50+ nanometers because the minerals are now a group.

I thought this is really interesting information.  I understand better now that not all mineral makeup are created alike and as a mineral makeup lover, I will be actively looking out for micronized particles in any new mineral makeup which I may try and if I should use one containing such ingredients, I will exercise more caution during application.  Some good tips I found on the forums are to keep the fan off when applying your mineral foundation, don’t inhale during application or use a wet brush instead! 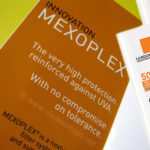 New Mexoplex and nanoparticles in sunscreens 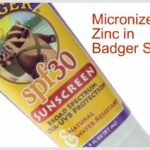 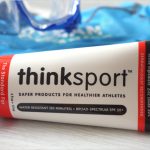