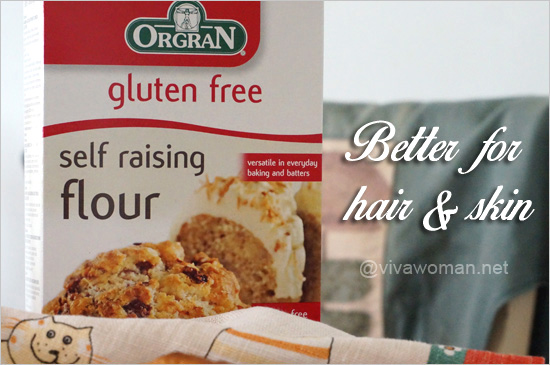 So it appears that going gluten-free is currently in vogue with more and more celebrities professing to be allergic to gluten or rumored to have gone all gluten-free. Amongst them are Gwyneth Paltrow, Miranda Kerr, Jessica Alba and even Victoria Beckham. These celebrities are either endorsing the diet for weight loss or improved performance, or just going gluten-free because they perceive foods without gluten as the healthier option. The popularity is also fueled by the fact that there are increasingly more gluten-free choices available in the supermarkets, bakery and restaurants. So is going gluten-free a necessity or just a food fad? Is it really healthier? And more importantly, what impact does it have on our hair and skin?

Gluten, by the way, is a protein glue that gives wheat, barley, and rye flours their stretchy texture when kneaded into dough. It is practically present in most food types, from beer, bread, pizza, ice cream, cereals and even certain salad dressings so it’s rather hard to avoid without being deliberate. Those who swear off gluten for medical reasons typically fall into two groupsâ€”those who have celiac disease, which is a serious gluten allergy and those who are simply intolerant or sensitive to the stuff. Consuming even a small amount of gluten for these people could spell serious problems such as nerve damage and seizures. 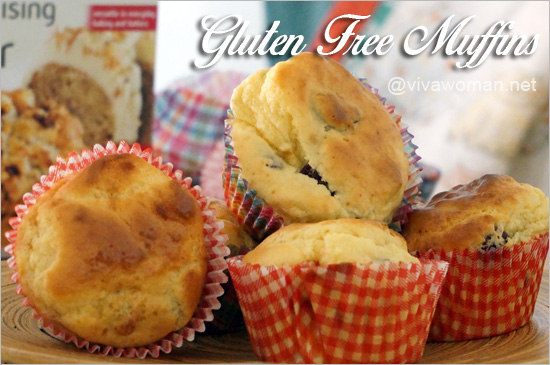 For others whose bodies view gluten as an allergen, the presence of gluten could be a major beauty blunder as it can trigger a host of symptoms in their bodies and inflammation of all kinds, including:

Skin rash
Gluten is known to cause an irritating rash called dermatitis herpetiformis in celiac sufferers, which is an itchy, stinging, blistering skin rash that form anywhere on the body, most commonly at the elbows, knees, buttocks, lower back and the back of the neck.

Cystic Acne
Gluten is often the gut’s biggest enemy and an unhealthy gut can translate into cystic acne.

Eczema
There is a strong link between celiac disease and eczema. In fact, the researchers recognized that certain nutritional deficiencies are common in both eczema and celiac disease. Hence, if someone is diagnosed as having celiac disease, chances are, the person also has eczema.

Keratosis Pilaris
Allergy to gluten can also contribute to Keratosis Pilaris. Some describe this as â€œchicken skinâ€ as it looks like little bumps that commonly present on the back of one’s upper arms. This condition is usually due to deficiencies of fatty acids and vitamin A, which can result secondary to a gluten intolerance due to fat-malabsorption in the intestines.

Hair loss
As gluten can cause malabsorption of vitamins and minerals, some people can suffer hair loss. Obviously, having nutritional deficiencies makes it difficult to maintain proper and healthy hair growth. 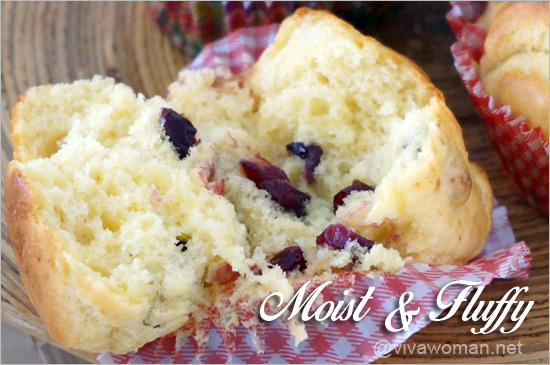 To gluten or not to gluten
If you’re suffering from any of the mentioned symptoms and nothing you have done has helped you, perhaps you want to try to give up gluten. It’s not really an easy process but you can start by cutting down the amount of gluten you consume to see if you experience any noticeable improvements. As it is, I’ve read many with positive experience after cutting back on their gluten consumption.

As for others who have no issues with gluten but are just thinking of cutting back gluten for clearer skin, I’ve read that it might not make a difference if you’re not allergic to gluten. I’m not sure if I have any issues with gluten but I do like the idea of reducing the amount of gluten consumed to gain better energy level. This is why I’ve been doing gluten-free bakes recently, using only gluten-free baking flour. Can’t say if it’s helping but if it does give me better skin and hair, I’m all for gluten-free!

Oh, just in case you’re wondering, the gluten-free muffins are as tasty as their gluten-filled counterparts!

Gluten-free cosmetics: does it matter?