What’s in a good sunblock?

For those of us who live in the tropical region, sunblock is a necessity.  But do we really know if the one we’re wearing is effective?

First, you might like to know that sunblock is actually different from sunscreen.  A sunblock physically blocks the sun’s UV radiation of the skin, both UVA and UVB.  Like the way clothes, umbrella and trees work to shade us.

The most well-known chemical sunblock is zinc oxide and it scatters, reflects, and physically blocks UV radiation.  Other commonly used sunblocks are talc, titanium dioxide, and red vetenary petrolatum.

It used to be that many older chemical sunblocks are cosmetically unacceptable because they’re opaque and the skin cannot be seen through the sunblock. Worst still, they’re greasy and clog pores.  Fortunately, a new sunblock formulation has been developed that contains micronized titanium dioxide and it is almost invisible and still has good UV blocking capabilities.

So according to my dematologist, an effective sunblock should have these two properties: zinc oxide and titanium dioxide.

I wished I had known this fact earlier.  Because before I consulted him, I was using a salon type of sunblock which had those two properties but the formulation was too greasy.  Later, I switched to another so-called high quality sunblock which shouts of high sun protection factor (SPF) but did not contain those properties.  Which means, the sunblock wasn’t sunblock but really only a cosmetic sunscreen and my skin wasn’t getting much protection.

And the thing about SPF is also rather confusing.  For example, one might think that a sunblock with factor 20 protect them from the sun twenty fold for up to two hours.  However, the truth is that they will only get that amount of protection if they put on the same amount of lotion as the manufacturer did when testing it, which is very thick. But research has shown that most people use considerably less, and are typically getting one-third of the protection they think they are.

So what do these all really mean to us the average consumer?

According to my dermatologist, ensure that your sunblock has the two properties I’ve mentioned.  Try to re-apply your sunblock again sometime in the midday if you can.  Avoid basking in the sun if possible.  Always wear your sunblock even when indoors.

And if you like to know the sunblock he recommended me, it’s SkinCeuticals’ Physical UV Defense with SPF30, which is available only via prescription at selected clinics. 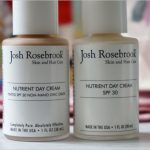 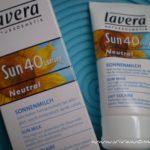 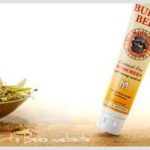