Use under-eye concealer to look younger

Makeup for me is not so much to look prettier, but rather, to look younger.  Hence, part of the process involves concealing.  To tell you the truth, I didn’t pay much attention to concealing my under-eye dark circles until recent years.  But as soon as I did, I realized the amazing effect it had.  It helped me to look more awake and much fresher!  At least I no longer have the problem of people remarking that I constantly look tired.

I hope the picture above does some justice to what I’ve stated.  As you can see, the first picture shows me without any concealer.  Second picture is where I’ve dabbed on some powder concealer.  The last one is where I have my foundation layered on top of my concealer.

At the moment, I alternate between YSL Touche Eclat Radiant Touch and Everyday Minerals Multi-tasking Concealer, depending on my fancy.  I’ve been applying the concealer not just under my eyes but around it, particularly on the hollow sides of my nose (the spot next to the eye socket) because I noticed that the sides were rather dark as well.   What I didn’t know until I read Bobbi Brown’s Living Beauty is that doing so actually helps to open up our eyes and make them look brighter.

I was also glad to find out from Bobbi Brown that we shouldn’t line our lower lash line or apply mascara to the lower lashes because that would draw more attention to our bad under-eye dark circles.  I don’t do both so that works in my favor.

And according to Bobbi Brown, the best way to brighten up extremely dark under-eye dark circles is to start with a pink or peach toned corrector, then layer on with a yellow-toned concealer.  She also suggested to keep the focus on the upper part of the eyes.

Maybe I’ll experiment with Benefit Eye Bright which is pink and see if it works with my current concealer.  If it does, I’ll report back again. 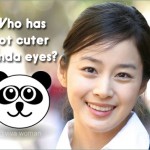 What are dark eye circles and can you prevent them? 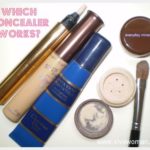 What type of concealer works best? 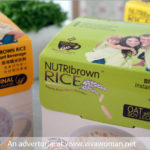