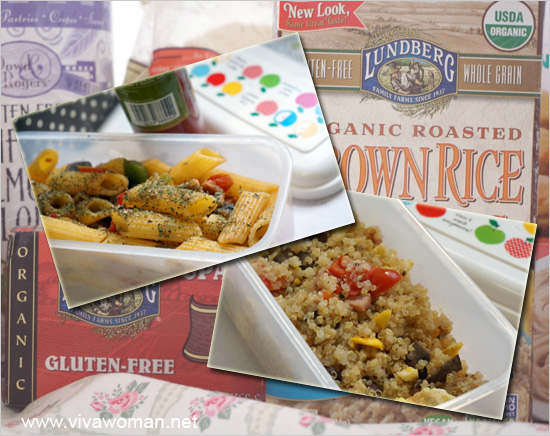 Have you noticed that more and more foods in the supermarkets are labeled as “gluten-free”? Well, I have noticed and I have also been buying those items. Like I mentioned in my earlier entry titled, Is Going Gluten-Free The Answer To Better Hair And Skin, I’m all for gluten-free because I like the idea of reducing the amount of gluten consumed to gain better energy level. In addition, my son can benefit from eating foods with no gluten too. So we have been increasing our intake of gluten-free foods and today, I’m going to share with you five of my beauty lunchbox that are actually gluten-free.

Very quickly, let’s recap what is gluten and why it is avoided.

As mentioned in my earlier post on going gluten-free, gluten is a protein glue that gives wheat, barley, and rye flours their stretchy texture when kneaded into dough. As it is practically present in most food types, it’ll have to take deliberate efforts to avoid this ingredient. While I don’t swear off gluten, there are two groups of people who do for medical reasonsâ€”those who have celiac disease, which is a serious gluten allergy and those who are simply intolerant or sensitive to the stuff. Consuming even a small amount of gluten for these people could spell serious problems such as nerve damage and seizures. 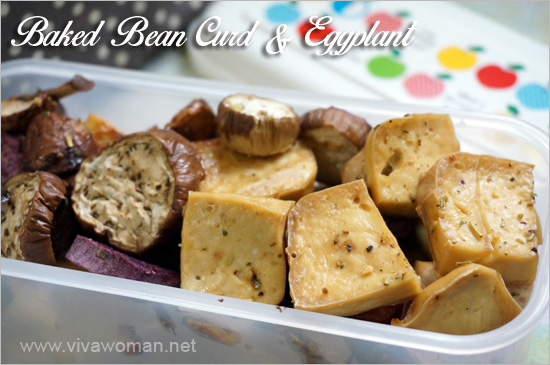 One example is bean curd. They are gluten-free. I recently discovered that they taste great when baked and have been including them in my lunchbox from time to time. You can season them prior to baking or just bake them plain and then dip them in some sauce if you like.

Bean curd has a low calorie count but high amounts of protein. They’re also rather filling and can easily replace any forms of carbohydrates. Best of all, they’re so easy to prepare–what I would describe as, “fast to cook, nice to eat”. 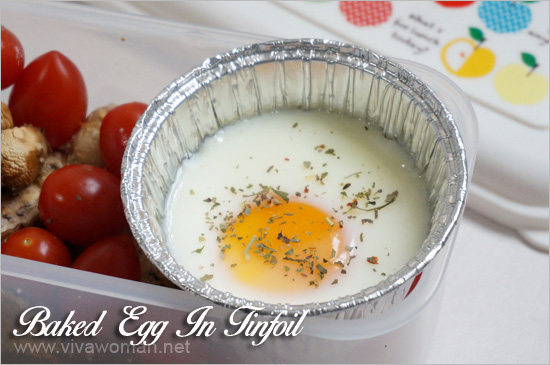 Next on the list is egg which is recommended in a gluten-free diet. I was initially iffy about eggs being gluten-free but when I read up, I found out that all eggs are naturally gluten free. If the chicken is fed a grain that contains gluten i.e. wheat or barley, the gluten is broken down during the digestive process (within the chicken) and is not passed into the body tissues or any products produced by the chicken. So that’s some good news for us egg lovers!

Anyway, to cook the egg quickly and yet nicely, try something I’ve discovered lately and that is to break an egg inside a tinfoil and bake it for around 15 minutes. It’s really super easy peasy! 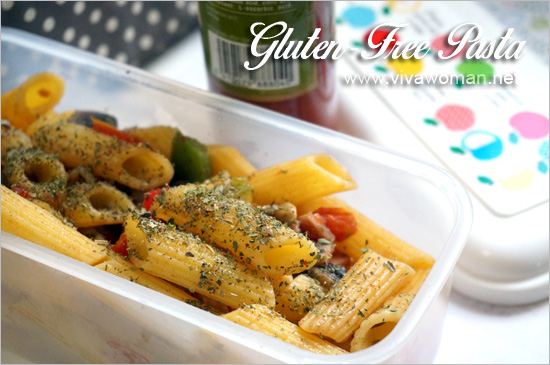 I used to get some of my gluten-free supplies through iHerb but lately, I discovered more gluten-free products in our local supermarkets–like these gluten-free penne. They don’t cost too much over those that contain gluten.

In terms of taste, they taste almost similar and I can’t tell the difference but it gives me more satisfaction to know that these are free of wheat. So now, I can cook more penne, which is a favorite for my son. Usually I’ll add a tomato-based pasta sauce for him which I have not verified is gluten-free. If you’re using a sauce, pack it separately from the penne in your lunchbox so that your food won’t look unappetizing by the time you’re ready to eat it. 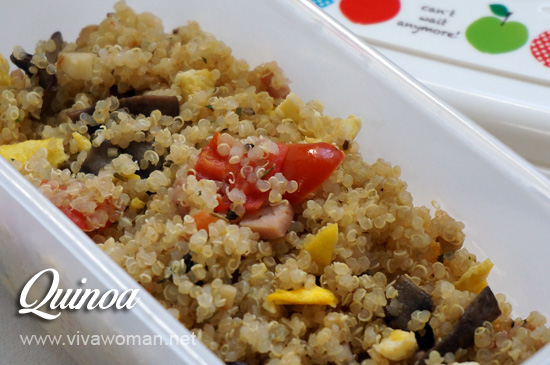 Another food that is gluten free is quinoa, commonly referred to as a grain but it is actually a seed from a vegetable and is in the same food family that contains spinach, Swiss chard and beets. The reason it is gluten-free is because it doesn’t belong to the same plant family as wheat, oats, barley, or rye.

I’ve shared a recipe on how to prepare and cook quinoa that is good to see and good to eat. I only cook this once a week though because time needed to prepare is a bit longer; I suppose the quinoa can be cooked the night before but it’s just not something I like to do. 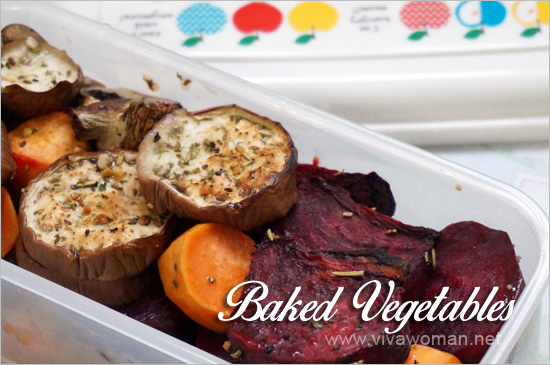 Last but not least, eating vegetables is quite safe for those who cannot consume gluten. So once a week, I toss different vegetables into my oven to prepare as my lunchbox. My favorites include sweet potatoes, egg plants, and tomatoes. I also like to throw in some mushrooms but I read that mushrooms are not really gluten-free because they are usually grown on grains.

Like I mentioned, I’m not allergic to gluten but I like the idea of going gluten-free whenever I can. So if you’ve got a medical reason to avoid gluten, I suggest you do your own research to ensure that what I’ve recommended will work for you. For the rest who don’t care for gluten-free, just take these suggestions as more ideas for your lunchbox. I’ve been packing my lunchbox for six months now and I can tell you that it’s more fun when you have a variety of lunchbox ideas to play around with. 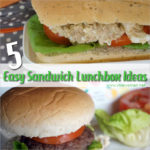