Victoria Beckham has been criticized by US weekly for her penchant to let her breasts “hang free” and not put on a brassiere while in public.  In an open letter on their website addressed to Victoria, the editors wrote this:

“You’re a woman with perky breasts that apparently like to breathe. But keep shunning that bra and in five years you’ll end up with pendulums.”

Maybe there is nothing posh about Victoria Beckham’s braless state but she might have a good reason for shunning them.  Maybe she read the book Dressed to Kill by Sydney Ross Singer and Soma Grismaijer and she was only trying to protect her mammaries.

I haven’t read the book but the essence of it is that by constricting the lymphatic system, an internal network of vessels that flush wastes from the body, a bra causes toxins to accumulate in the tissues of the breasts, creating an environment ripe for developing breast cancer.

Singer and Grismaijer have collected striking (but preliminary) evidence that bra-wearing may be a major risk factor associated with breast cancer: women who wear tight-fitting bras 24 hours a day are 125 times more likely to have breast cancer than women who do not wear bras at all. Their interpretation is that tight clothing inhibits the proper functioning of the lymphatic system (an internal network of vessels and nodes that flushes wastes from the body) and leads to a buildup of carcinogenic compounds in the constricted areas.

The book has apparently caused a lot of controversies about the correlative factors of bra wearing and breast cancer, with many dismissing it as being speculative or skewed.   This is understandable.  Afterall, the study wasn’t published in a medical journal.

But substantiated or not, I believe many findings covered in the book are interesting and noteworthy for us women.  In fact some of the points are really common sense.

Namely, that we should avoid wearing tight fitting bras, especially those that leave red marks on our bodies.  That we shouldn’t be wearing bras 24 hours in a day and we ought to let them “hang free” at some point, as well as that we should be aware that bras can add additional constriction in pre-menopausal women because breasts swell during menstruation.

Personally I don’t like to wear bras with underwire.  I use those only when I’m out.  At home, I use those without.  And when I sleep, I go braless.  Let’s say my breasts need a break too.

So I suppose Victoria Beckham can continue going braless, but perhaps in the confines of her own home.  And yes, I do agree that with the editors that she should really consider keeping those boobs uplifted.  I mean, giant pendulums don’t flatter any woman.  Definitely not posh at all. 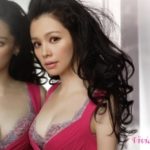 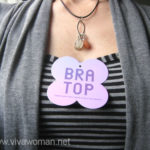 Uniqlo Bra Top: a snug top worn without a bra 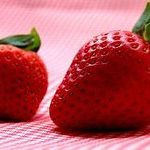 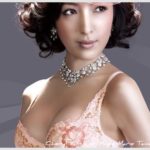 Breast boost without surgery and implants