Even though both shower gel performs the same, I much prefer the Organic Surge Tropical Bergamot Shower Gel because it is definitely more pleasing to my olfactory glands. I was actually disappointed with how the Organic Surge Lavender & Geranium Shower Gel turned out in terms of smell.

On the other hand, Organic Surge Tropical Bergamot gives a pleasant scent with key ingredients like Bergamot, Sweet Orange, Sweet Corn, Palm Kernal Oil, Natural Vitamin E and Multivitamins. However, don’t expect the sort of hit-me-in-the-face citrus smell as the Bergamot scent is quite subtle.

Interesting ingredients
Like the rest of Organic Surge’s products, both the shower gels do not contain Parabens or SLS. In place, they use Sorbic Acid as preservative and Lauryl Glucoside to act as the natural foaming agent. Interesting too, the shower gels also contain Lactic Acid, which is fermented milk that Cleopatra is said to have bathed in to improve her complexion because of its ability to exfoliate and soften the skin. Other than this, most of the other ingredients look natural to me and the only one of concern is Disodium EDTA which I’ve read is considered toxic.

Highly moisturizing
I would say the Organic Surge shower gels clean pretty well, leaving my skin soft afterwards. But what I noticed was that the shower gels leave this “film” over my skin and no matter how long I rinse, it doesn’t come off. When I checked the ingredient listing on the packaging, there are a couple of versions of coconut oil listed. It’s probably that plus the Palm Kernal Oil that are contributing to the moisturizing factor.  Since coconut oil is considered as a fairly highly pore clogging ingredient, this might be a concern to those who are proned to body acne. Summary
The Organic Surge range of shower gels are worth a try if you’re looking for an affordable line of body and bath products using mostly natural ingredients. Each cost S$13.90 and you can find it readily at some Guardian outlets. However, if you’re particular about the smell like I do, then I definitely recommend you to pick up Organic Surge Tropical Bergamot Shower Gel. 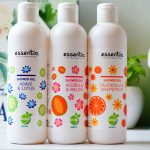 Have a refreshing shower with Essentiq shower gel 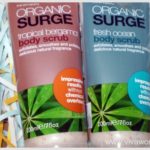 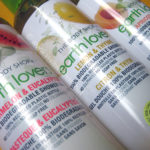 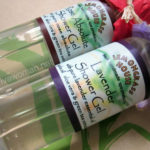