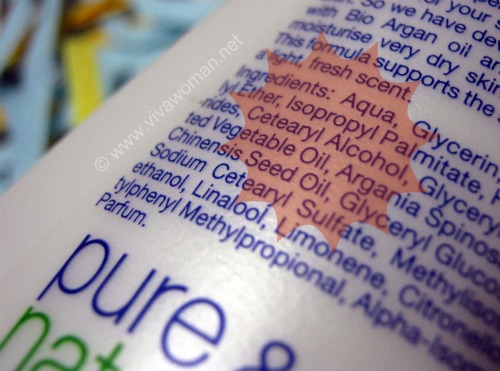 You may have already noticed that many natural and organic skin care products include common plant derived fatty alcohols such as cetyl alcohol, stearyl alcohol, cetearyl alcohol. They are widely considered to be gentle and are considered as excellent conditioning agents as they enhance the texture and feel of skincare lotions and help to keep the skin soft, smooth, pliable and healthy-looking. I actually have some reservations about them, but today, I want to discuss something else and that is, about their comedogenic level. I’ve been taking a closer look at them because some creams I’ve been using on my neck have been causing clogged pores there and I suspect that it could be because of one or two of these ingredients.

First off, let’s take a closer look at the three ingredients I’ve mentioned.

What are their comedogenic levels?
According to various online sources I’ve read, both cetyl and cetearyl alcohols are rated to be highly comedogenic, with some rating them as high as 4 out of 5. However, I’ve decided to cite the rating from a journal report from Acne Research Institute and here’s what the ratings show:

I’ve also understood from the report is that in order for an ingredient to be comedogenic, it must penetrate into the follicle. An ingredient with a zero comedogenic level means that it does not cause comedos, or acne. A rating of 2 according to the report, suggest a borderline pore clogging potential, or in the words of the report, shows “moderate increase in follicular keratosis”.

What does this mean for the acne prone?
This means that at the end of the day, these plant derived fatty alcohols are a potential problem for those who are acne prone because a product does not contain just one ingredient. And in addition, you should also take note if they’re used in combination or used in higher concentration, which will show up high up in the ingredient list.

What ingredients can clog your pores?

Do alcohol in sunscreen cause photosensitivity?