Carotenoids: oral & topical use of beta-carotenes 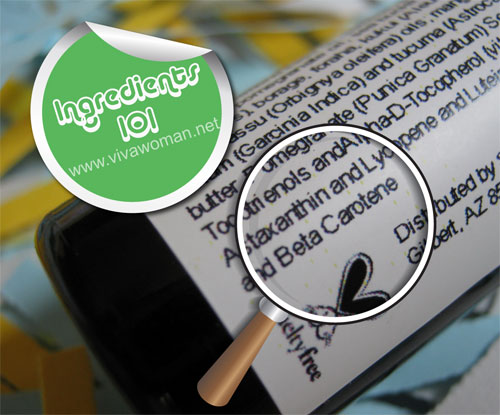 Carotenoids are a class of antioxidants that protect the skin from environmental stressors, in particular, from ultraviolet damage. There are hundreds of carotenoids, and this week, I’m going to share with you new stuff I’ve been using, both orally and topically under this family. Kicking off today, I’m going to introduce you to beta-carotenes, which are found in many fruits and vegetables such as carrots, peas, broccoli, pumpkins, peppers, spinach, green lettuces, and orange fruits like apricots, cantaloup melons, peaches, nectarines and papayas.

Beta-carotene is also proven to be very safe, as evidenced by its widespread use in the treatment of photosensitivity. The only side effect reported to date is mild gastro-intestinal disturbances (source). However, I understand that excessive intake of beta-carotene can lead to a yellow-orange pigment of the skin that appears similar to jaundice. Good thing though that my daily supplementation of beta carotenes has not caused my skin to become yellowish although this is not the case with topical application. 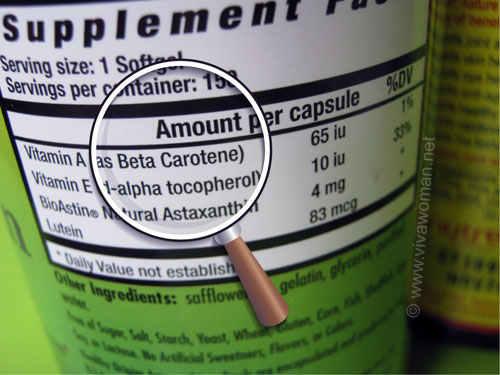 Which is better?
However, there are some disadvantages to topical application over oral supplementation. It seems that most carotenoids are not stable when exposed to air and light, and will immediately oxidize, losing their antioxidant and protective capacity. Carotenoids are also considered impractical for use in skin care products because of their orange and red colors and this is why I mentioned that topical application has given me a yellow skin tone although it is temporary and can be remedied with other products.

Tomorrow, I’ll cover another form of carotenoid that I’m even more excited about – so stay tuned! 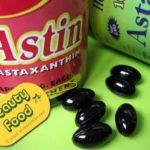 Carotenoids: Astaxanthin as an internal sunscreen 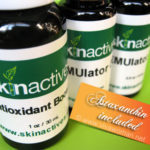 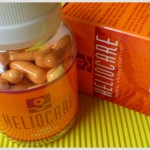